Well we nearly camped at Salvation Spring tonight.  Having (probably foolishly) decided to hit the breakfast buffet as soon as it opened at 7:30am, we didn’t set out from Timberline Lodge until 9am.  Dan had skipped breakfast and left at 6:30am.  Very wise.

We felt sluggish with such full bellies, as the hike led us in and out of Mount Hood’s western canyons.  The day seemed to be full of either long descents, – which are a killer on the knees, or steep climbs.  I don’t remember any flat bits!  In total we gained 4000 feet, and lost 6000. 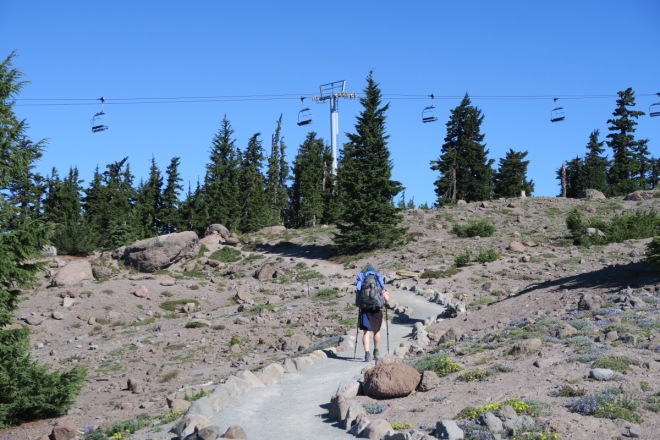 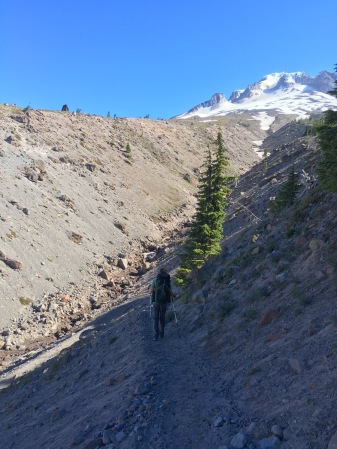 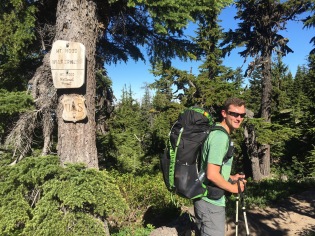 Early on in the hike as we rounded a downward switchback I couldn’t believe my eyes.  It was Joel (aka Scout Master), the guy we met on our second day on the trail.  He had left us in his dust that day leaving Hyatt Lake Reservoir, set on hiking Oregon in just 20 days.  We never expected to see him again.  It turned out that he was now hiking southbound from Cascade Locks to where he had left the trail at Shelter Cove. He hadn’t been enjoying the early part of the trail, much like us and everyone else (recap: blow-downs, snow, mosquitos), so had decided to take some timeout.  It was great to see he is still just as cheerful.  We wish him well.

On another positive note, we successfully managed two fast river crossings without falling in!  Firstly the Sandy River, which carves out a canyon in Mount Hood, and is the colour of sand.  Secondly, we tight-roped along a log to cross Muddy Fork.  Thirdly, we had cold pizza for lunch!  What a winner. 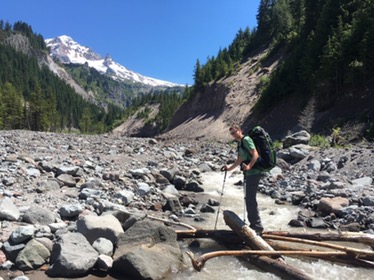 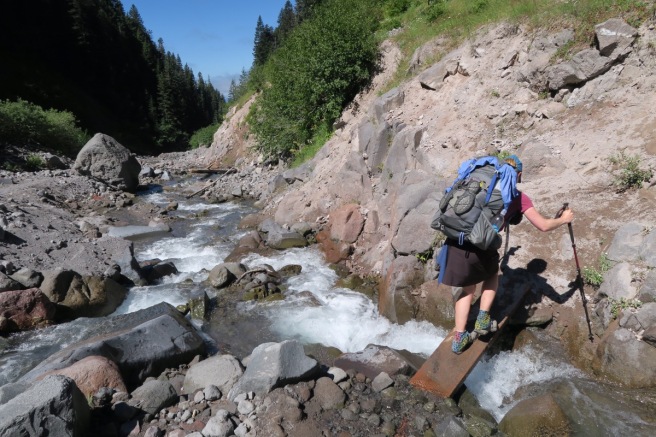 The highlight today was the 2-mile Ramona Falls alternative trail.  It transported us into a vividly green world that felt like it belonged in a fairytale.  I was half expecting to see pixies!  The route took us firstly past the falls, which were medium-sized, and had a few day hikers out taking photos.  Further on we were all alone in a lush moss- covered, fern-filled oasis.  For most of the time the creek flowed beside us, so we could hear the soothing sound of water.  We took lots of photos, but they really failed to do the place justice. 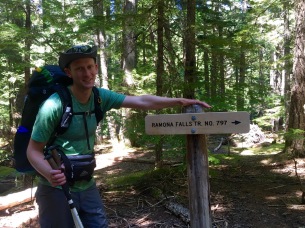 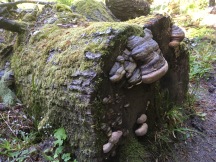 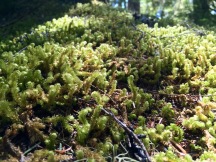 Due to our late start we had planned our day to reach a campsite marked on the map 17 miles in.  Unfortunately when we reached it at nearly 7pm, it was on a steep slope and there wasn’t any flat enough space to realistically erect a 3-person tent.  We had a dilemma.  Turn around and walk half a mile back to the last site, or push on to the next which was nearly 4 miles out.  The sensible thing would have been to turn around.  But how could we possibly walk extra distance away from Canada?

Feeling fatigued, we seriously stepped up the pace for those last 4 miles.  I was scared that if we didn’t we would be hiking in the forest in the dark!  And that’s most likely when the cougars would get me.  By 8:15pm we arrived at Salvation Spring only to discover that the place was filled with tents.  There was a large group of women there out for the weekend, and their extensive array of stuff littered the entire place.  I could have cried.  Not really interested in a chit-chat at that point, we hurriedly collected some spring water and left.  Turns out we did get to go backwards after all!  Nearly a quarter of a mile back we pitched our tent in the fading light next to Dan’s.  Luckily we didn’t wake him.  We didn’t eat dinner either.  We were done.  It was dark by the time we zipped up! 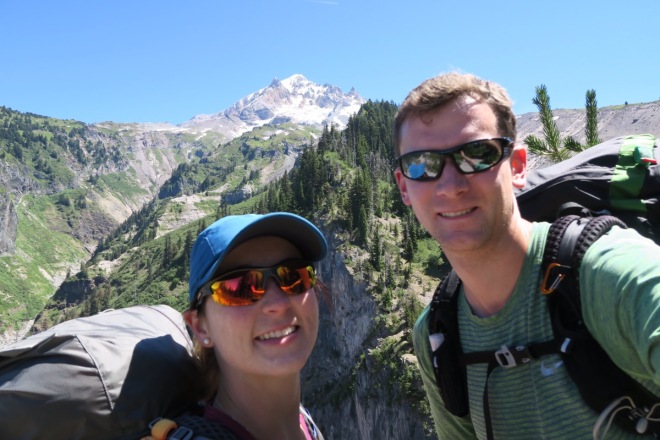 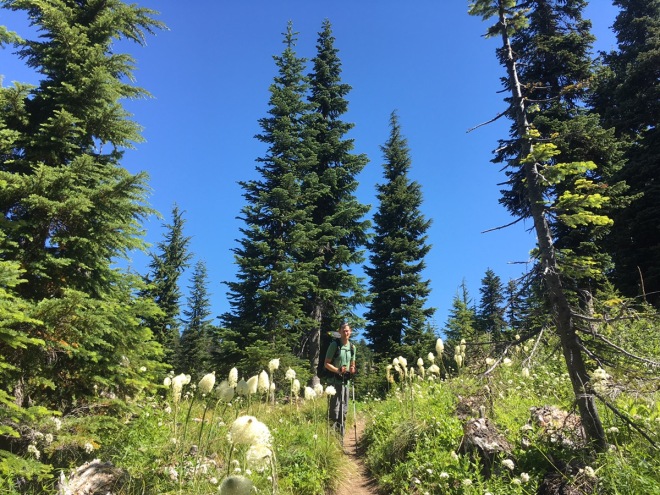 One thought on “Day 34: Mammoth Late One”