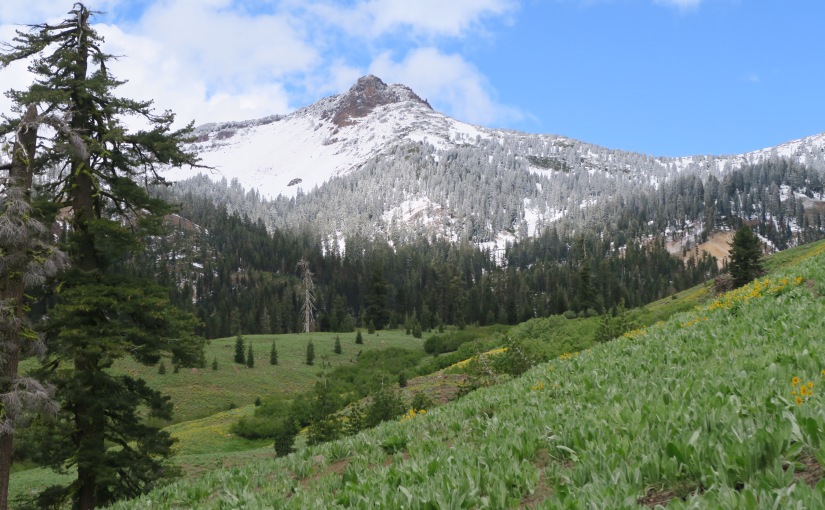 Continuing north on our journey to Oregon we had just one day to do a quick ‘highlights’ tour of Lassen.  We had our plan.  It was going to be intense.  We would drive the park road from the southwest entrance exiting through the north.  This would allow us to marvel at the geothermal wonders, take lots of pics, and hike the famous Bumpass Hell to Kings Creek trail.  Hiking up Lassen Peak was also a potential option.

On the approach to the park our plan began to unravel.  The scene looked like a winter wonderland.  Yes, apparently it snows in California in June!  At the entrance station a ranger informed us that the main park road had been closed this morning due to the weather.  Lucky for us though as we still got to pay the $20 entrance fee to see the 10% of the park which was easily accessible! 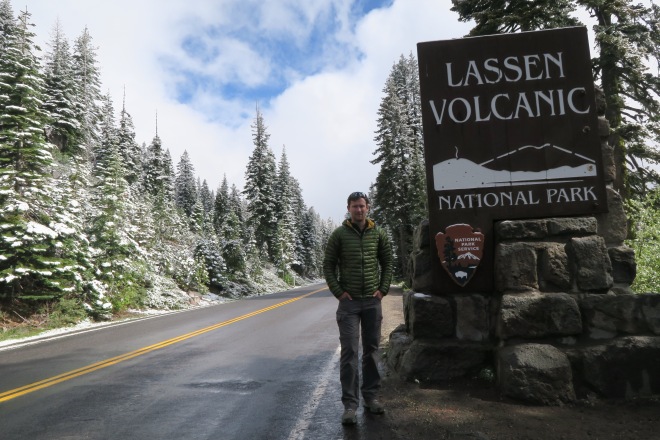 Feeling a little mugged off by the National Park Service, we watched the 20 minute information video in the visitor centre then wrapped up and headed out on a mile long walk up the closed road.  It was so cold (zero degrees) that I was forced to don my MC Hammer style rain pants. 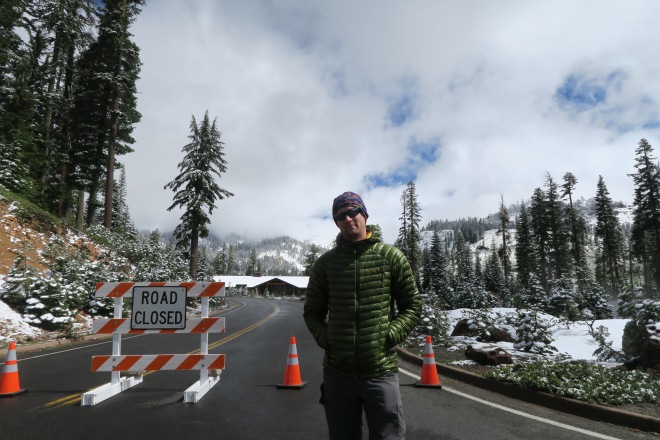 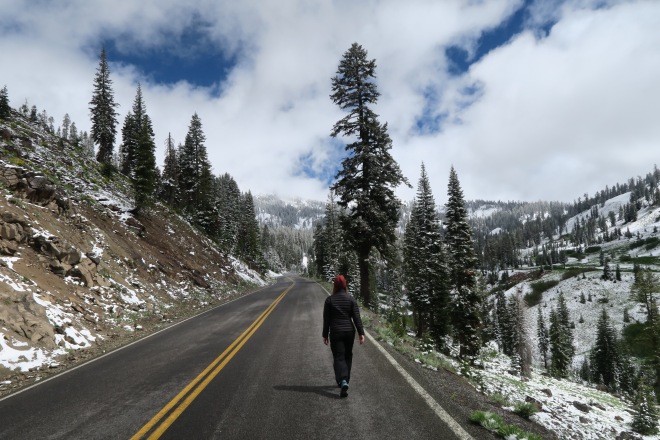 As we power-walked to warm up along the deserted road the sky was heavy with clouds.  Visibility of the famous peaks were limited.  We reached ‘Sulfur Works’, but with only a bit of warm steam and a small bubbling mud pool to see it was nothing on Yellowstone.  Defeated we turned back.

A ranger in the visitors center suggested we try and see how far we could get on the trail that runs from there down to Mill Creek falls.  It was only 1.6 miles to the falls but the new blanket of snow revealed no footprints had attempted it so far!

We set out, determined to get some more value from our park fee and a bit of training in.  Mostly the snow was light and slushy as the sun was creeping in.  The forest was silent and smelt of Christmas.  We were concentrating hard on where we were stepping and at the same time scanning around through trees for bears.  Lucky I am noisy so we didn’t meet any today.  We did see a herd of deer though who stared down at us from a hillside with bewilderment.

After 40 minutes we reached the falls.  I was impressed by their size.  Most importantly we were the only ones there to witness their splendour.  Snow melt makes for a mighty waterfall!  I liked how a series of small wooden foot bridges cross over the top of the falls providing for a scary alternative view of the water flooding into the river below. 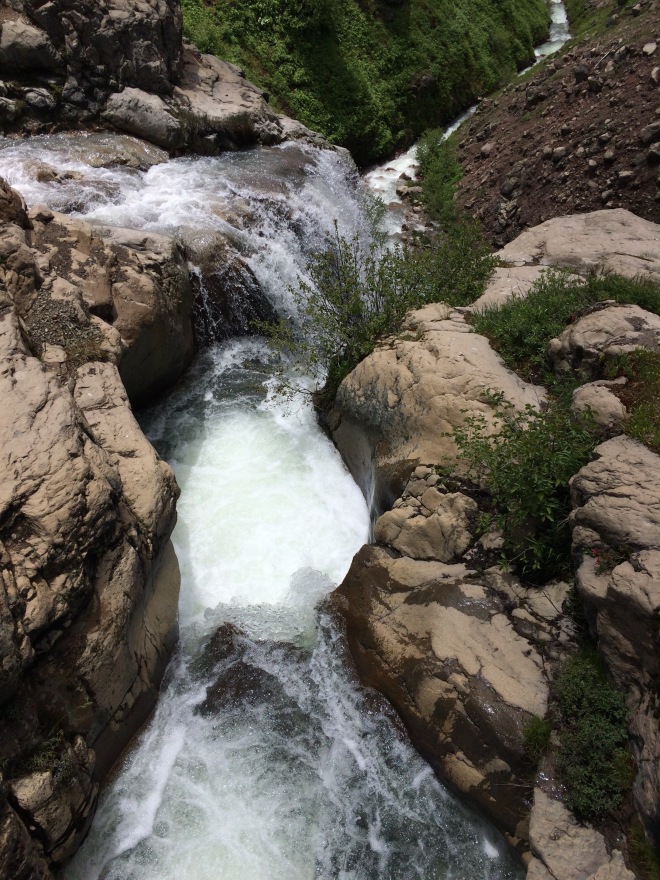 On our way back up the trail the weather was clearing fast and had unveiled Lassen Peak.  So glad we were not climbing up that today given the size of it!  People also started to pass us by so we were no longer alone, but it made me happy to think we had the best view to ourselves.

The round trip was only 3.2 miles (plus another 3 miles earlier), so on that rather merge training note we exited the park back the way we came.  We arrive in Oregon tomorrow.  Only 4 more days of sleeping in a real bed before we venture into the PCT wild!